It was a warm night last night with an almost full moon. I imagined that the badgers would be very active. Not so, at least not as I expected. Not just did they not play or seem to spend much time away from the sett, they didn't even find all the food left for them. Only one dish of food was eaten. Another, at the far end of the enclosure wasn't touched, nor was a board under which some food had been hidden, nor was a small cache hidden under leaves at the base of a tree (in the site of a previous bit of nose-digging). Perhaps these badgers are too well fed!

However, they hadn't been idle; far from it. The spoil heap outside the original entrance to the sett showed signs of extensive digging having been done overnight. And so it proved. Virtually all of the video clips overnight were of a badger's backside reversing uphill with excavated earth. It looked as if only one badger was digging, with occasional observation from the other, who was mostly not in evidence (keeping out of the way?). The digger worked energetically from 19:42 to 2:11, with scarcely a pause. At 23:24 a faint sign of panting from exertion was visible, but only just, as it followed on from sniffing the air, just to check that all was safe.

Digging: an important part of being a badger. Some clips minus the absences underground (typically 20s).

The board over the original entrance meant it wasn't so easy to do this kind of digging here before, as excavated soil turned the entrance into a bit of a letterbox. First, the board was moved to one side a couple of nights ago -- they didn't seem to mind--they were still happy to climb on it -- then today it was removed along with the pipe that held up one end of it. The sett is now completely designed and built by badgers. All we need to do now is remove the fence... sometime in the next few days... and they'll be wild badgers with a home of their own.

A spectator drops in eventually. 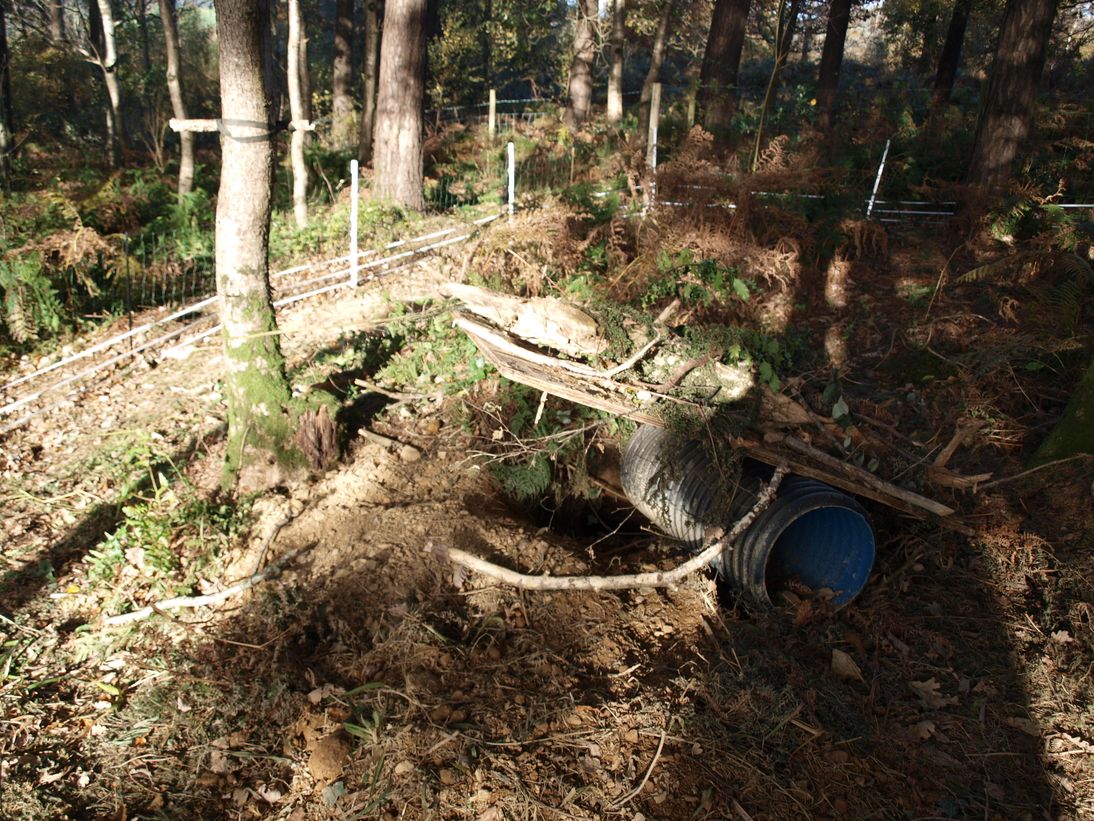 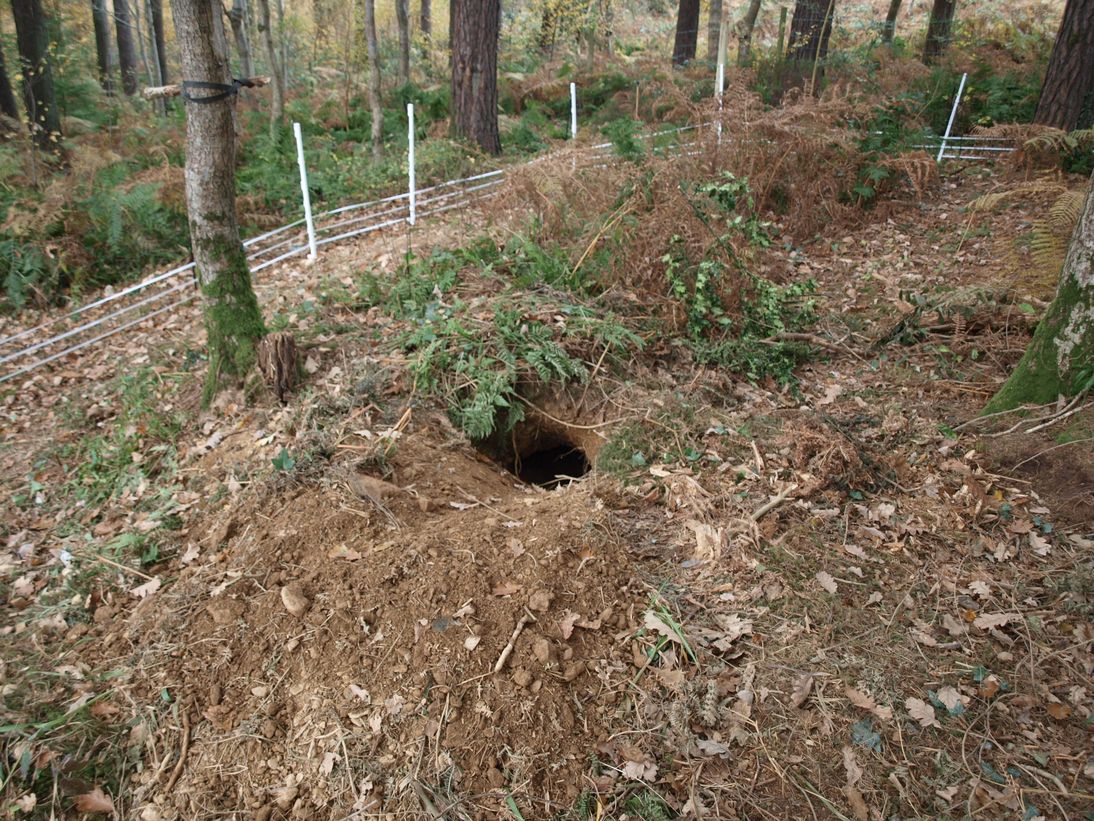 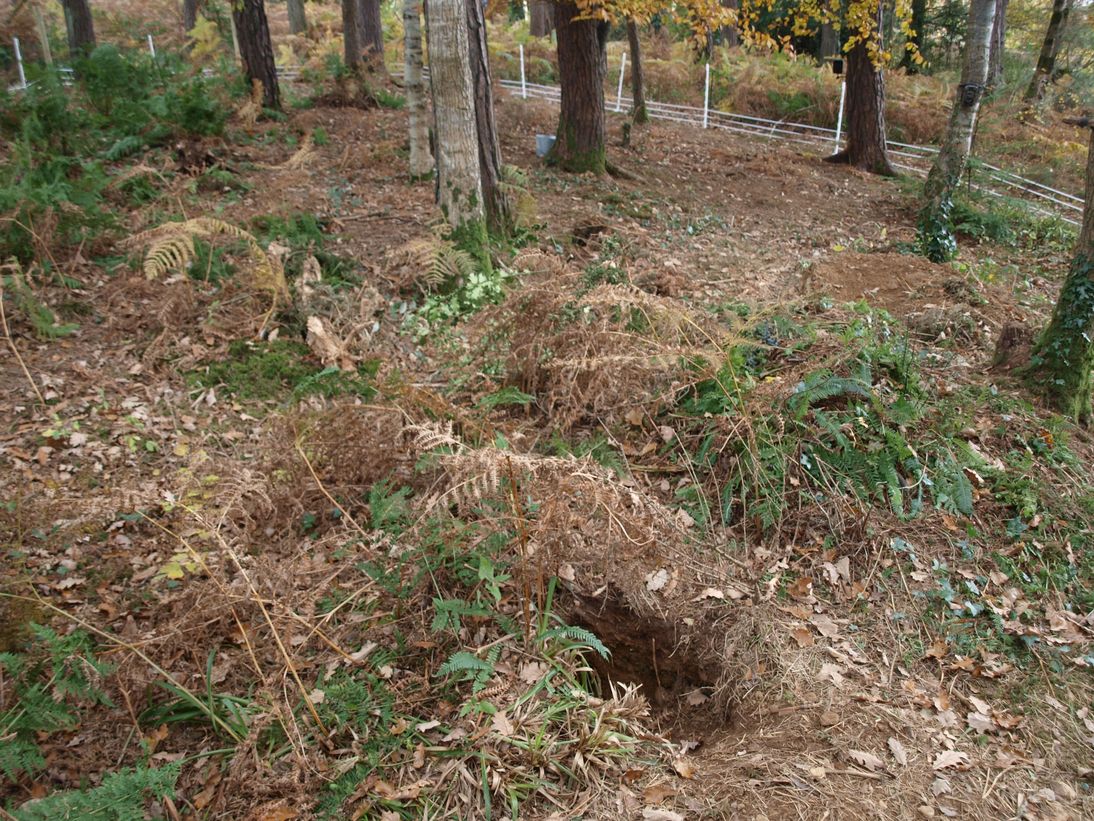 Rear entrance in the foreground; spoil heap of main entrance behind and to the right.</font size>