It began with a phone call. Would we provide a home for a pair of orphaned badgers? (We own a small bit of woodland on the edge of a wood, surrounded by pasture.) We said Yes, of course. 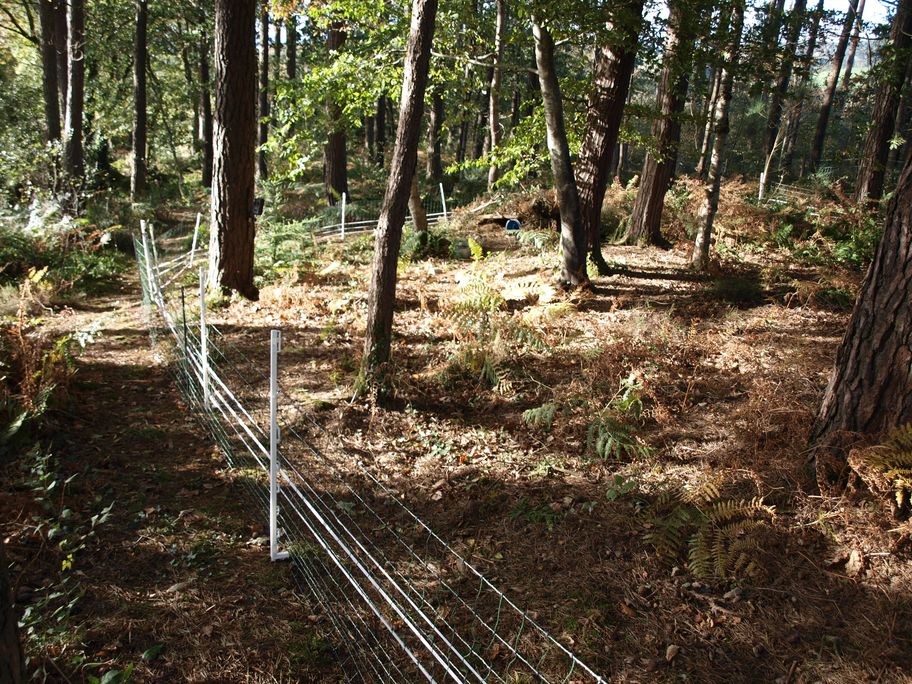 A few weeks later, after a site visit by the Kildare Animal Foundation, in whose care the badgers were, and the Irish Wildlife Trust, it was agreed.

The UK's Secret World wildlife rescue centre shared information on the release protocol it uses for releasing orphaned badgers into the wild, something it does about 6 times a year. The Kildare Animal Foundation had rehabilitated and released individual animals, such as road casualties, but never any orphaned cubs. Indeed, nobody knew of it ever having been done in Ireland.

In Ireland badgers are reactively culled when bovine TB is detected in nearby cattle. Badgers can also carry the disease, as can wild deer, goats and other animals, and they may transmit it back to cattle somehow. There is no closed season; culling happens year-round, including when the animals are rearing young. About 7,000 badgers are killed annually by snaring, then shooting. An unknown number of cubs die of starvation underground. Setts that have been culled are revisited repeatedly and culled again if necessary to prevent their being successfully repopulated.

The killing has been going on for decades. In the UK badger culling is highly controversial, with both the wildlife-loving public and most scientists opposed to it, and has only been attempted to a very limited extent.

In Ireland wildlife is often taken for granted and the badger has few friends. There is no Wind in the Willows sentimentality about an broc -- our friend brock. Most people have never seen a badger, except perhaps, a dead one on the side of the road.

Happily for these badgers, however, some researchers studying badgers nearby, including staff of the National Parks and Wildlife Service and the Ministry of Agriculture, agreed to test them for bovine TB and to vaccinate them.

The release location would remain secret to protect the badgers.

With help from volunteers, and using equipment (notably fencing) loaned by the Foundation, we constructed an enclosure in the woods (see photo). It included what may have been old fox's earth.