A warm, dry night again. I put the photos-only camera on the inside of the exit to the field to see if I'd have any luck photographing comings and goings. I succeeded in getting good views of the the rear ends of a badger at 3:43 and a fox at 6:13. 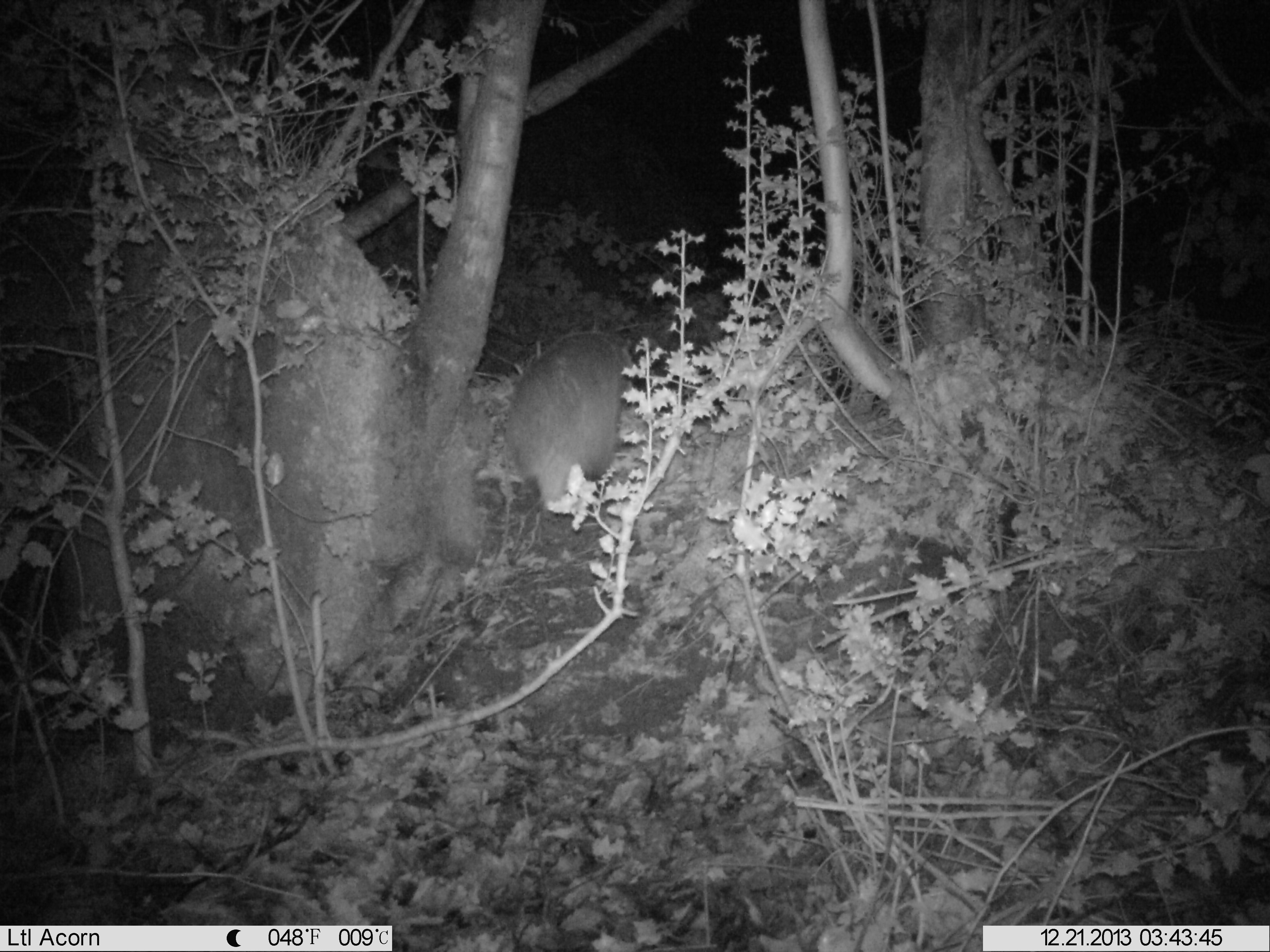 The gateway from the wood: up a bank, through some brambles... and into a large field.</font size>

The badgers were out at 20:48. I moved the dish onto the path behind the rear sett entrance where the badgers played the last couple of nights and I moved a camera to a nearby tree.

Róisín was first to the food as usual and Benji was his diffident self at first. It did occur to me that maybe he just wasn't so keen on catfood. However, he did eventually feel hungry enough to eat simultaneously and he was allowed to. Róisín ate faster as usual. She ate for about 18 minutes (from 20:52 to 21:09), then left to bring in some more bedding.

At one point while Róisín was eating and Benji was waiting (could it be her table manners?) he had a scratch, as usual, but this time he showed off his tattoo, still clearly readably through his belly fur. He didn't eat for long; he returned for some more at 3:22, but in the meantime the fox had visited at 21:25 and helped himself for a full ten minutes. Benji was back later for some fox leftovers and to check under the dish, just in case (one of his habits and not something I've seen Róisín doing). At six the next morning a fox was back, to lick the dish -- it was clean by then. It looked to me like a different fox. The vixen perhaps?

The first video has a bit of wind noise.