Not the best day on the equipment front. First, I broke my ancient tripod yesterday. A clasp with a plastic fitting shattered in the cold and the 3rd segment of one leg dropped out and a spring flew off into the bracken. I reduced it to its minimum height and placed it, with the already half-working camera on it, at the junction of two paths: one leading to the nearest exit to the field, another, via a detour around a bramble patch, to the path along the edge of the wood (Edgewood Road).

This resulted in the following photos: 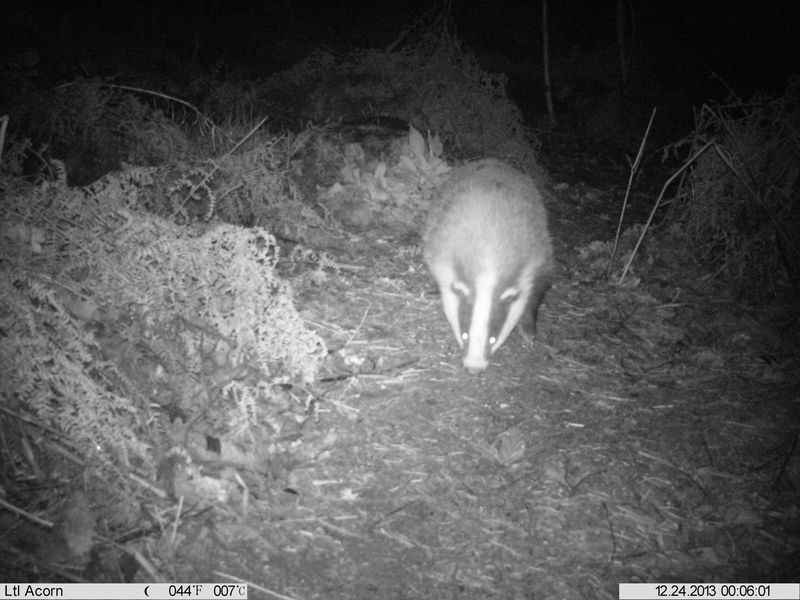 A badger following his nose.</font size> 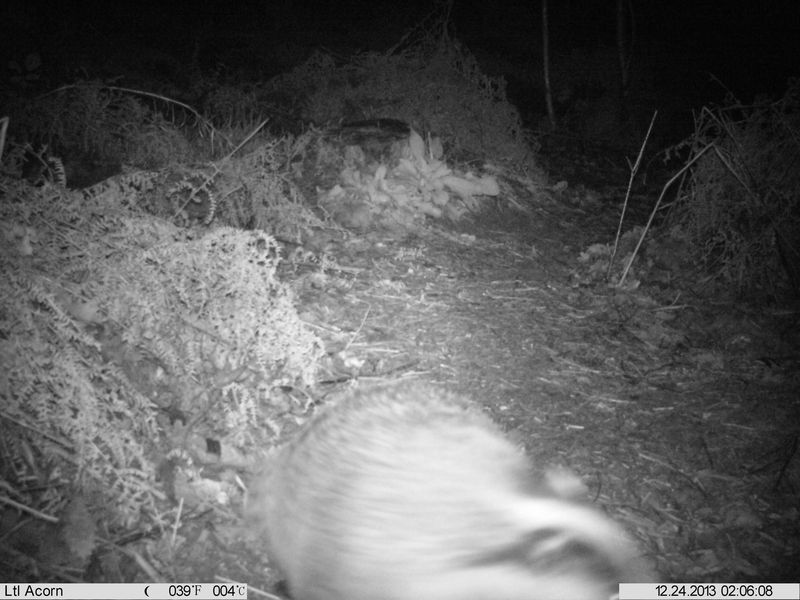 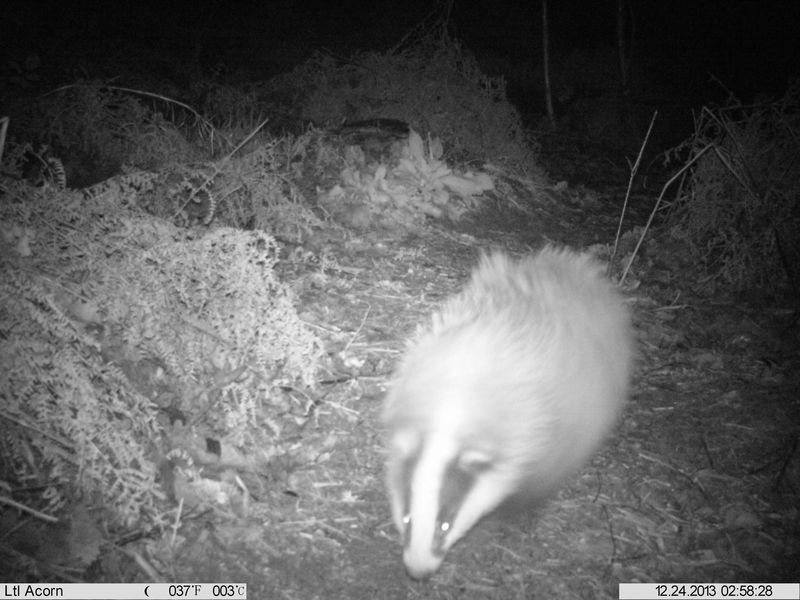 Heading to the field with a bit of wind behind?</font size>

None were photographed coming back. The disposition of the camera may have had something to do with that, though there is another route back to the sett that doesn't involve returning via the outward path taken.

Second, somehow I forgot to put a chip in one (borrowed) camera and, third, may have failed to turn one on properly -- nothing was recorded, as if it was in setup mode overnight.