Yes, it seems our badgers have been discovered by a wild badger.

Sometime in the last few days a badger motel on Edgewood Road, last used for a few weeks two winters ago, was reopened (it had become full of leaves, sticks and earth). Two of three entrances showed signs of fresh excavations. By "motel" I mean an outlying sett. Badgers live mostly in a "main" sett and have temporary digs (appropriately) for stays away from home. This sett is at the edge of the territory of another badger. Who owns it now remains to be seen. The last owner disappeared around the time a badger was run over on a nearby road.

AND there is a latrine in the middle of Edgewood Road (the path along the side of the wood), about 1/3 of the way between Róisín and Benji's sett! 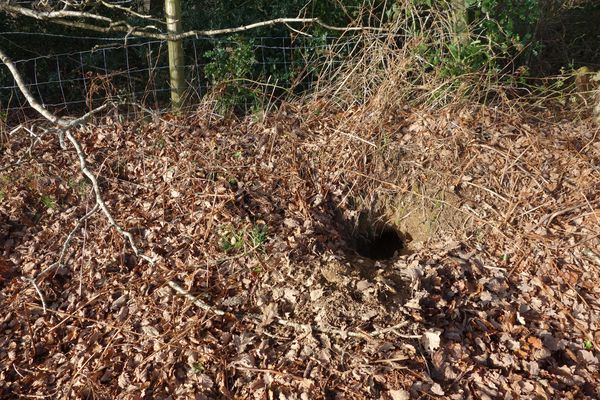 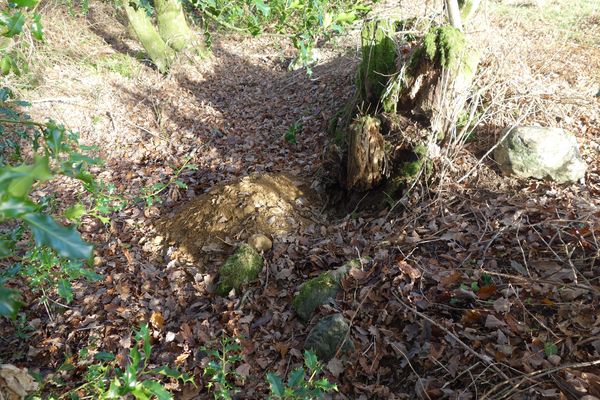 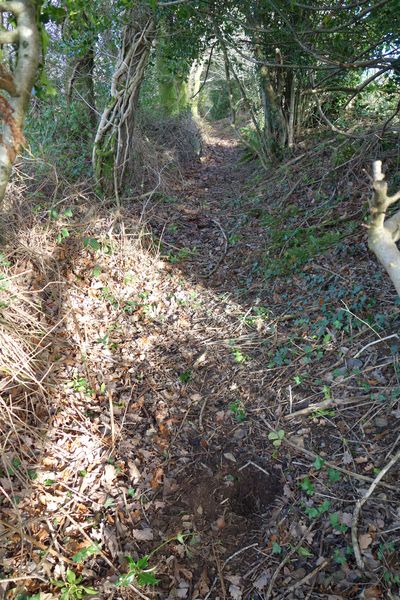 A badger latrine in the middle of the path. This is a territorial marker: a declaration to Róisín and Benji that they have neighbours whose territory starts here.</font size>

Edgewood Road: further on. The latrine is a few hundred metres from the sett (motel), which is 100m or more further on.</font size>

The overnight videos showed the badgers were out from 23:27 at least and they seemed very relaxed. It was cold but not freezing and fairly dry. They made brief trips into the wood, one for 35 another for 13 minutes, between midnight and 2:30. One passed a camera at a trot at 03:49. Another, at a more leisurely pace at a surprisingly late 05:28 (new record?); Benji at a guess -- he's a bit of a dawdler.

Some rootling near the sett. It's surprising that there can there be anything still to find around here. 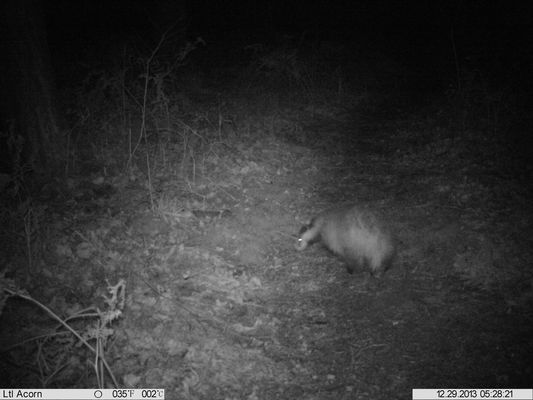 Streeling home slowly before it gets light. The sett is about 25m up the slope.</font size>