Our badgers didn't stay in the nearby sett. One was killed on the road about 2km away shortly after they were released (confirmed from his microchip).

We may know where two of the survivors have gone: a sett on the edge of a wood a few fields away. Unfortunately, the fields are impassably fenced so it's not so easily visited; a scramble up a slope that would be tricky in reverse after dark is needed. That sett is now reoccupied and badgers have visited the nearby sett at the edge of the wood, 500 yards from their original home, and appear to have come from and headed back in that direction at times.

They visited our end of the wood and ate peanuts from a covered dish every few days until a couple of months ago. Then they stopped coming by, as far as we could tell. Meanwhile, the bracken, ferns, bluebells and brambles have sprung to life again so their original home is hardly recognisable. 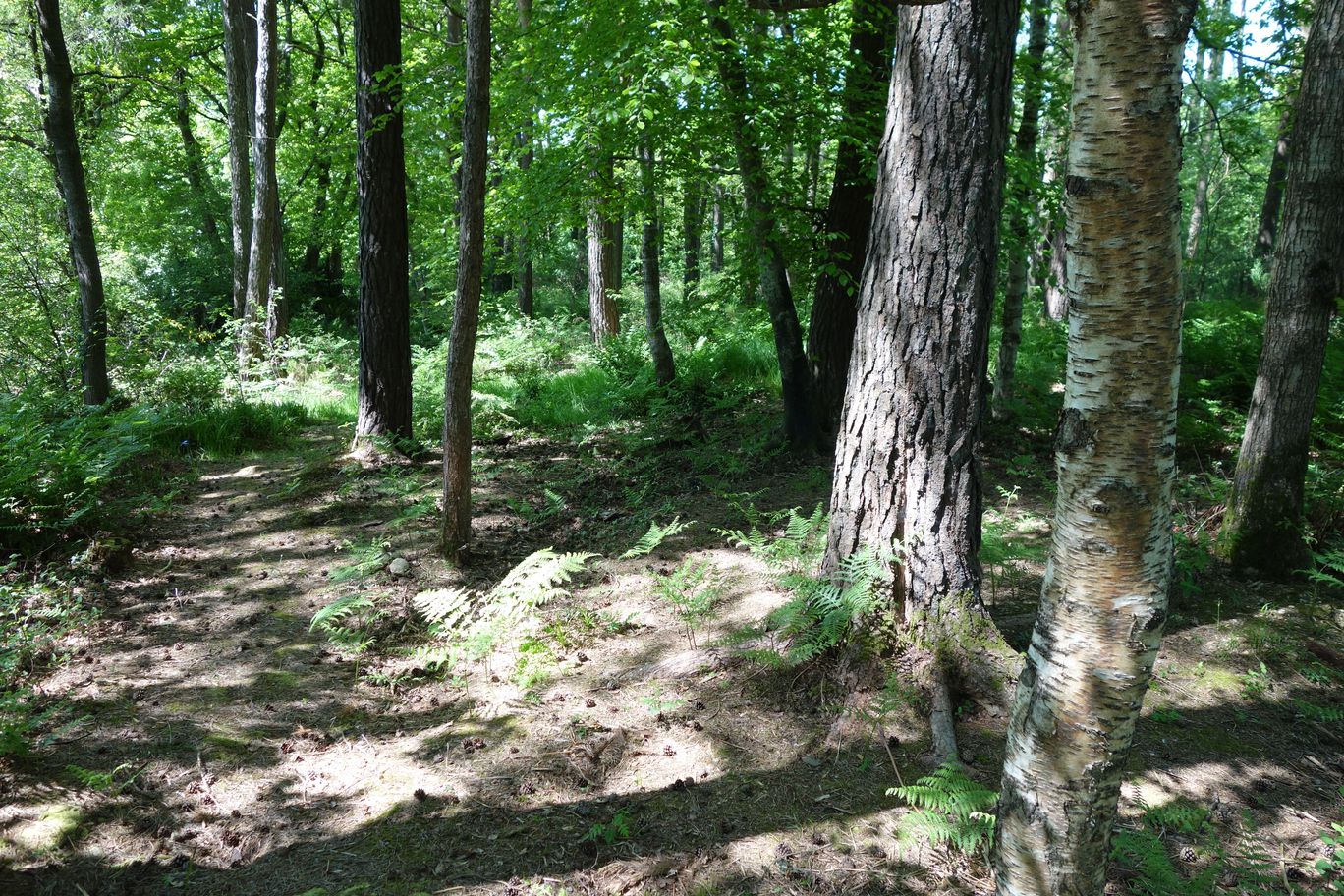 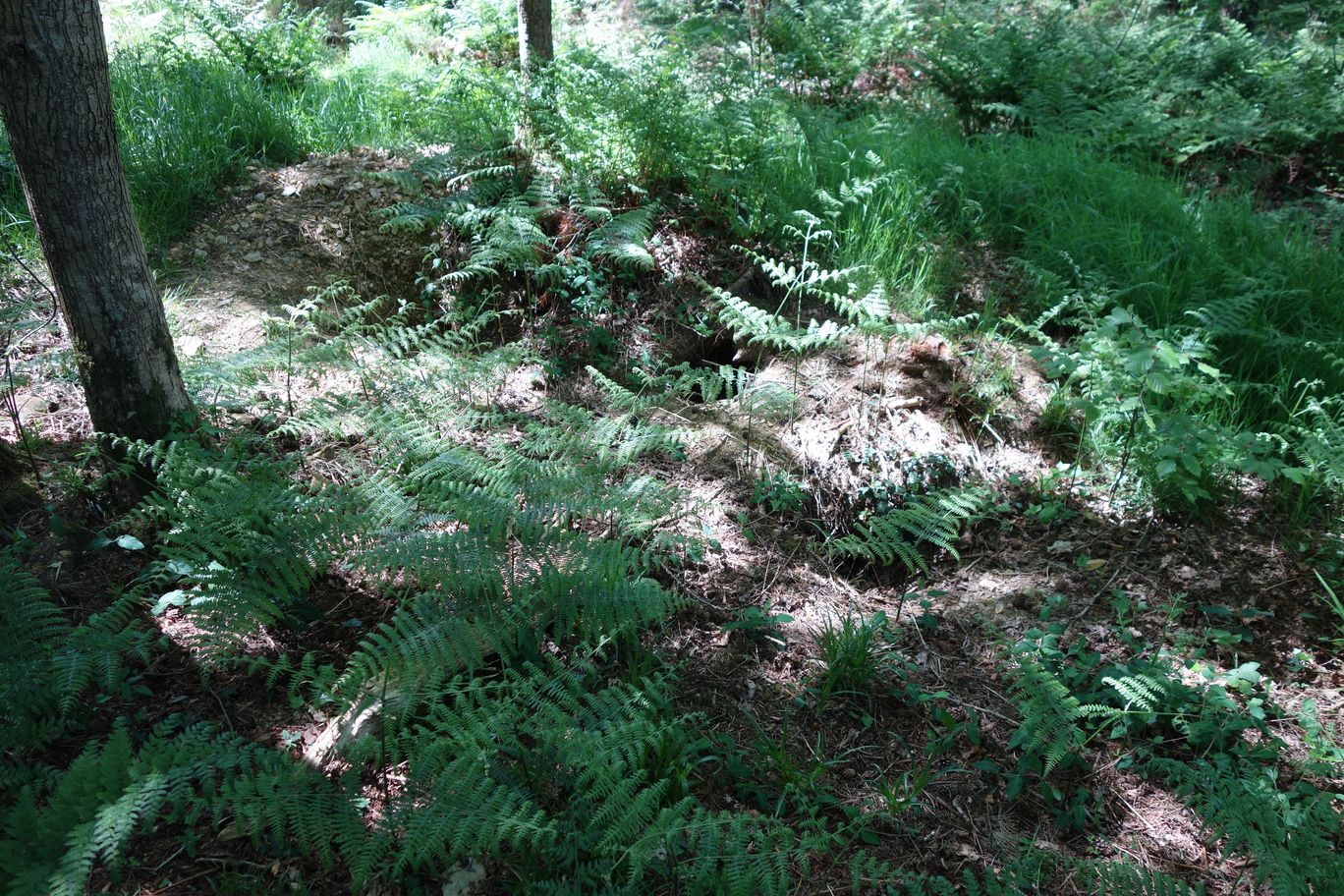 Then I found a trail in the bluebells at the far end of our bit of the wood, adjacent to the road.

Path in the bluebells</font size>

And at the end of it, something resembling a small battlefield: a badger latrine. It's a bit of ground with a many holes dug in it for dung pits and with quite a lot of scuffled earth. These are sometimes found close to setts but are usually territorial boundary markers. 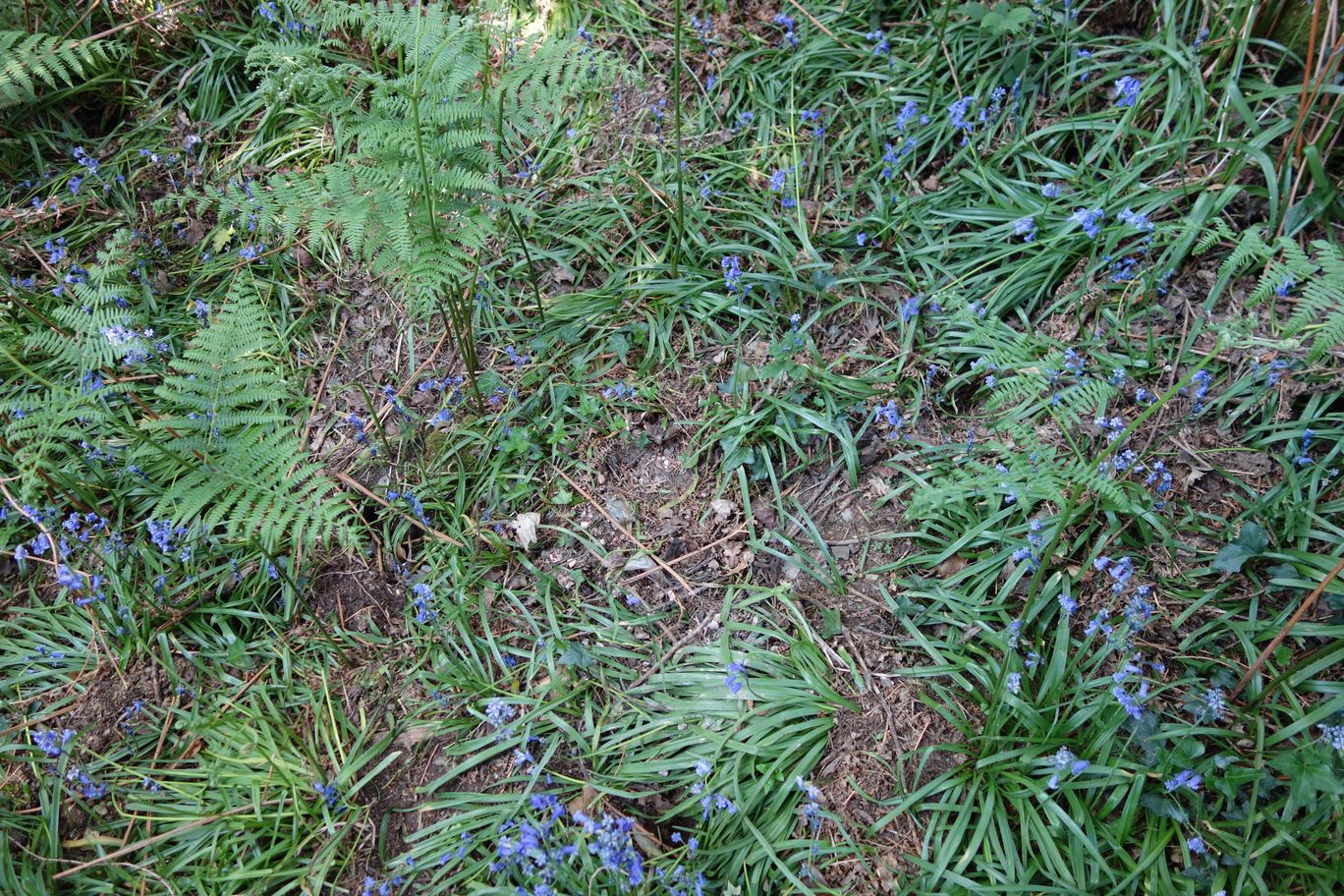 By day this corner of the wood looks quite ordinary 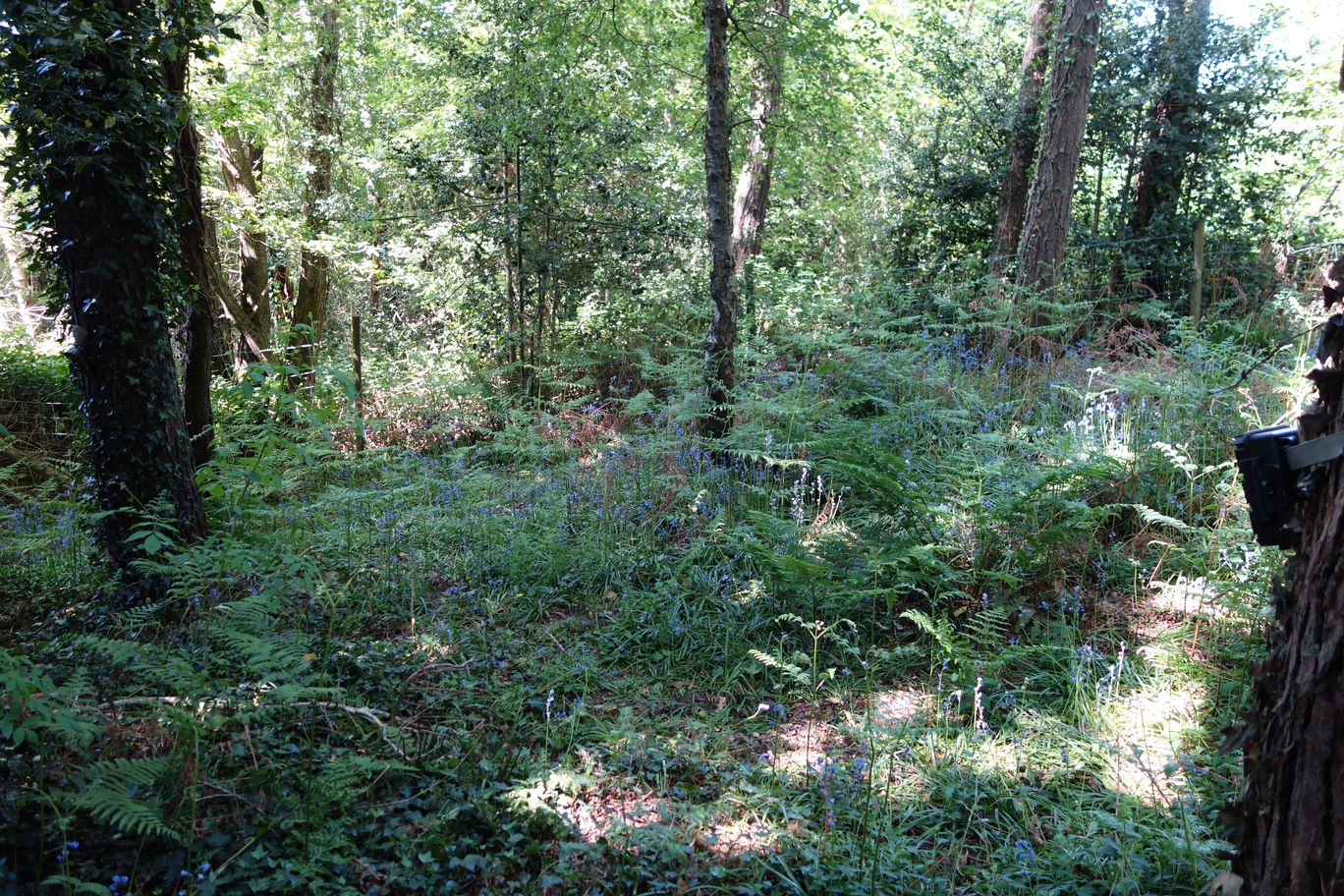 but it's visited by badgers between 10:15pm and midnight most nights. To begin with I thought it was one badger who crossed the road into this patch and then left after advertising his or her presence. Lately I'm sure that there's traffic in both directions but, even with the help of trailcams, haven't yet managed to find where the badgers leaving via the road are coming from. The bluebell path peters out close to a fence with some very unpromising habitat and no sign of any continuation on the other side.

One of the clips in the compilation here (dated the 29th) is, I think, the 4th and previously very camera-shy badger -- the young female who was caught around her middle in an illegal snare and whose horrific wounds were later treated by a vet. I have seen occasional glimpses of her with a slight sack-tied-around-the-middle look where the snare left a mark in her coat. I'd like to think it's our rehabilitated badger here, but short of reading her microchip I can't be certain.

Perhaps two have gone one way, and the third another, across the road, and the corner is where their territories meet?

In any case, even if we have no resident badgers, we have visitors. Regularly!