Staff from the Departmentment of Agriculture, the National Parks and Wildlife Service and the Irish Wildlife Trust, and volunteers from the Kildare Animal Foundation bearing a crate with a brace of badgers, converged on the house with apparent military precision, all arriving within minutes of each other. 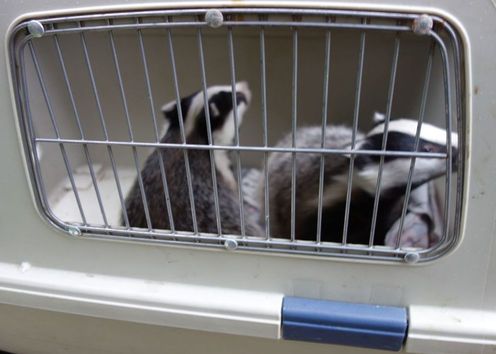 The badgers, who were also vaccinated against bovine TB (not shown), were processed one at a time, first Benji, then the feistier Róisín: 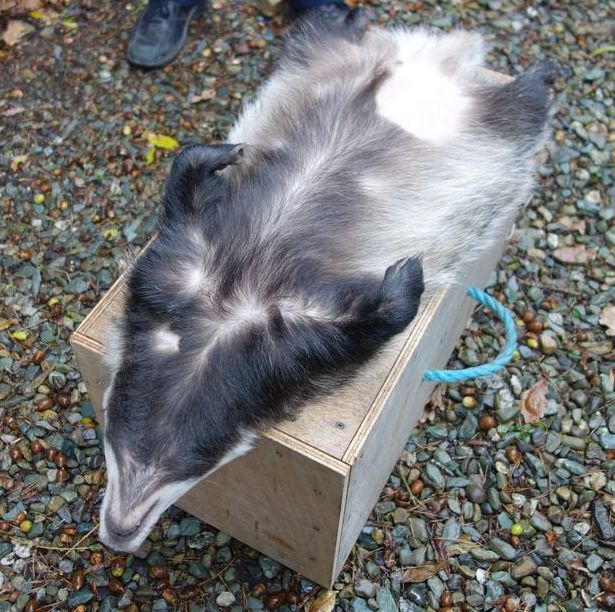 First, they were anaesthetised, and a patch of fur was shaved so they could be tattooed so that they could be identified in future if the occasion arose.</font size> 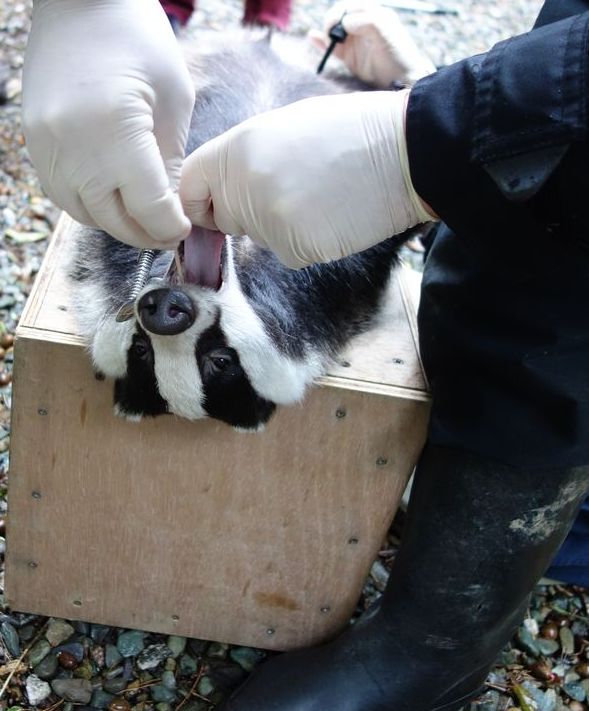 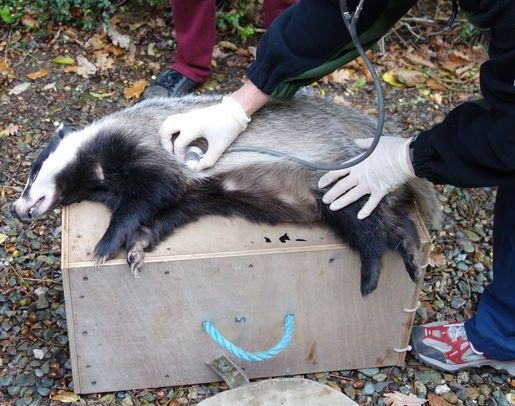 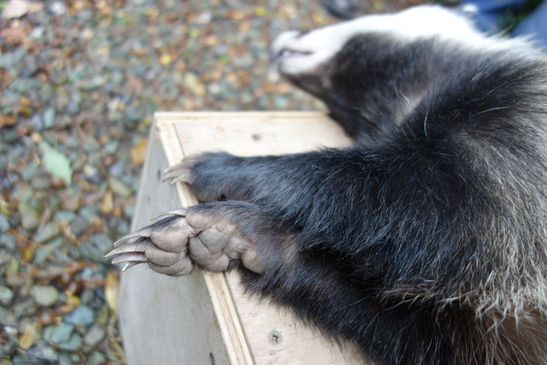 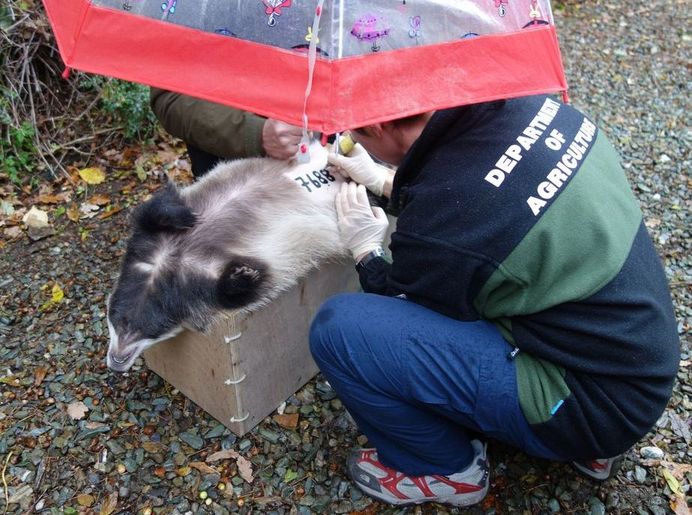 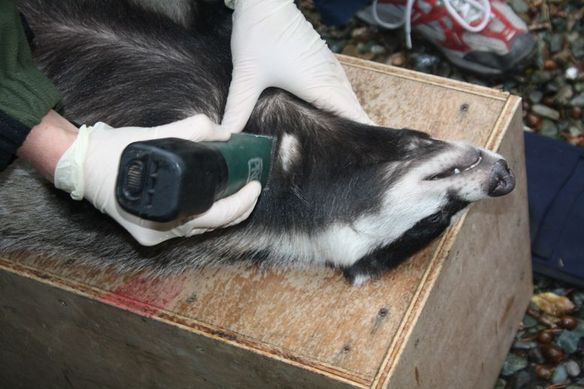 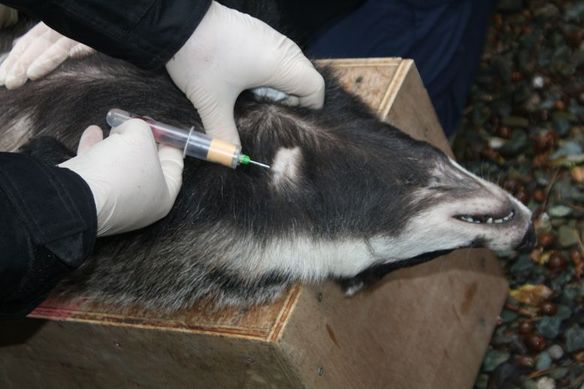 ...taking of a blood sample.</font size> 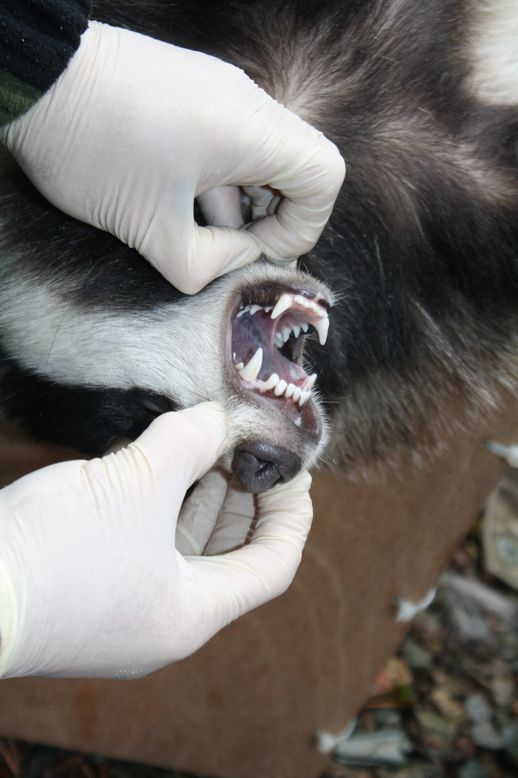 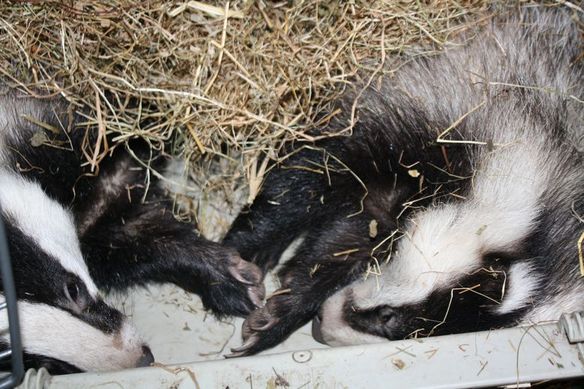 Then the badgers were put back in their crate.</font size> 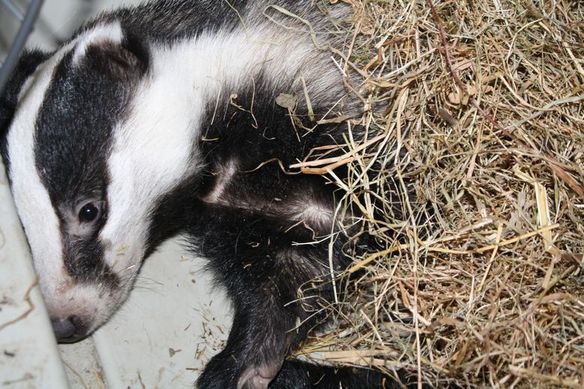 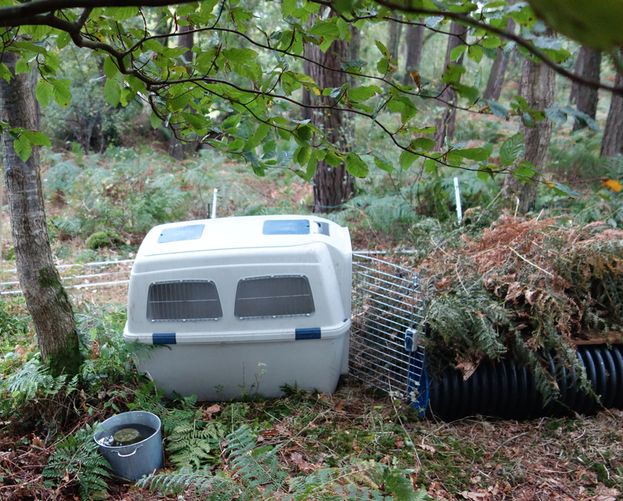 The crate was placed in the enclosure adjacent to the artificial sett prepared for them and covered to keep them dry.</font size> 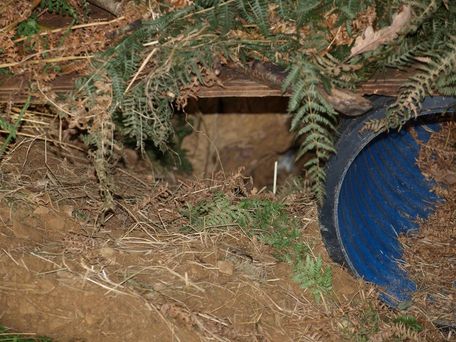 Entrance to a new sett, possibly an old fox earth, covered with a board and some vegetation. The pipe came from their old enclosure and should have been familiar. Dung from their old latrines was placed in the new enclosure (badgers use it to mark the boundaries of their territory).</font size>

Following the delivery of the blood samples to a testing laboratory, word came that the badgers had tested negative for bovine TB (had they tested positive they'd have been destroyed).

The badgers left their crate, explored their new surroundings and then retired underground. Previously they'd lived for some months in a small grass paddock, about half the size of their new enclosure, with a wire fence around it. Their old home was a den under some logs. As they're nocturnal they'd been seen only rarely and were quite wild, despite having been hand-reared.

The badgers exploring their new home.